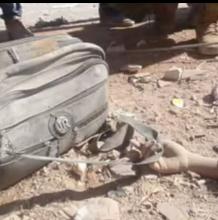 (Washington, DC) - Fourteen school children and a teacher are among the dead in the Haas village, in Idlib, Syria. The school complex was targeted by airstrikes at around 11:30 local time (08:30 GMT). The American Relief Coalition for Syria (ARCS), a group of 13 American humanitarian organizations that aid over 5.7 million Syrians in the country and worldwide, expresses outrage over these attacks.

Washington, D.C. – Humanitarian efforts to save lives in Aleppo need far more than a tiny eight-hour gap in bombing raids.

(Washington, D.C.) - The largest trauma hospital in Aleppo, code named M10, was destroyed today in an airstrike that dropped two barrel bombs, cluster munitions, incendiary weapons and vacuum bombs on the underground facility. Two patients were killed and 13 were injured, with the remaining patients being urgently moved to another medical facility. An ambulance was also destroyed, as well as several nearby buildings.