14 School Children and Teacher Killed in Airstrikes in Idlib, Syria 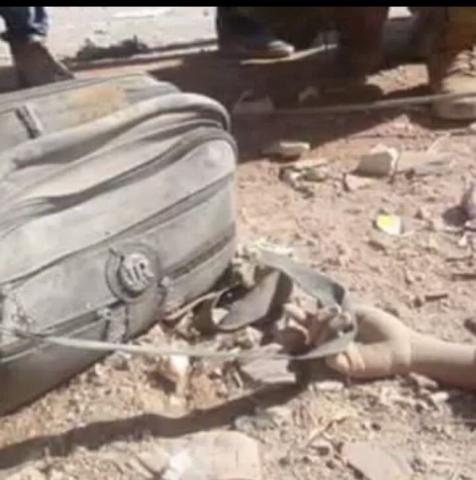 (Washington, DC) - Fourteen school children and a teacher are among the dead in the Haas village, in Idlib, Syria. The school complex was targeted by airstrikes at around 11:30 local time (08:30 GMT). The American Relief Coalition for Syria (ARCS), a group of 13 American humanitarian organizations that aid over 5.7 million Syrians in the country and worldwide, expresses outrage over these attacks. Swasia, a nonprofit organization and ARCS member that provides humanitarian aid and runs several schools inside and outside of Syria, responded to the attacks.

Dr. Mazen Tinawi, co-founder and president of Swasia Charity Foundation USA, stated, “Attacking school children, teachers, and schools is a war crime. Since February of 2012, Swasia has worked tirelessly to ensure that Syrian children are kept safe in schools. When schools and hospitals are destroyed, it destroys our collective global humanity. Syrian children deserve to be able to hope and plan for the future - one in which they contribute to the growth of their country. Attacks like this seek to destroy their hope and make children fear education. It is time the global community stand together to protect children and civilians in Aleppo and surrounding communities.”

Video and photos of the attacks were released on social media this morning. Video captured young children being evacuated from the school, traumatized and in tears.

Lina Sergie, co-founder and CEO of Karam Foundation, a nonprofit organization and ARCS member that provides innovative education programs, stated, “At Karam we continue to invest in education and psychosocial programs for children with hopes to rebuild their trust to live better lives. Most people living outside of warzones have no idea what kind of courage it takes for these children to go to school in the midst of a war. With news that these schools are purposely targeted, it impacts our ability to convince traumatized children that they can return to their studies. The psychological impact of bombing schools will live on with these children as well as educators for the rest of their lives.”