Masood: “I don’t have to worry for another year and a half about my status. I am so grateful TPS was renewed for people like me" 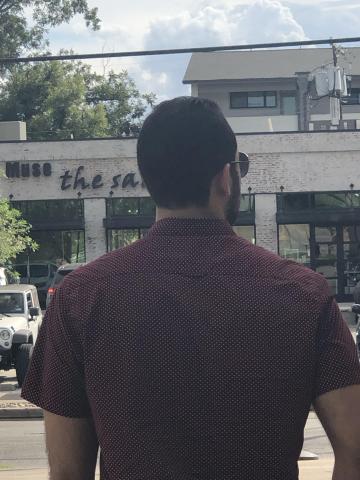 Masood, a pseudonym, is among the 7,000 Syrian Temporary Protected Status (TPS) holders in the United States today. Masood is an accountant living in Texas and recently got married. According to many of his colleagues and friends, Masood is hardworking and always friendly.

As a child, he was known for being the “planner”, following the rules, and made sure to do the right thing. Being prepared and planning his future helps Masood feel a sense of control and accomplishment. So, with the uncertainty that TPS holds for him and his wife, it was debilitating for his life plans.

“TPS only provides you with 18-months of protection. Once that time is up, we wait for the Department of Homeland Security’s (DHS) decision on whether TPS is renewed for 6-months, 9-months, or 18-months, or if it gets expired. Imagine how hard that is for someone who is planning a family? We live with constant fear and uncertainty about our next step. It’s very frustrating, but it is better than nothing.” Masood said.

Masood graduated from Damascus University in 2009 with a degree in Accounting and Finance. In 2010, He was employed with Ernst & Young in Syria and was living an upper to middle-class life. Soon after, Masood’s company required him to get the Certified Public Accountant (CPA) license, in order for him to work with international clients. So, in December of 2013, Masood went to the U.S. to get the accreditation he needed.

“When I got to the U.S., the situation in Syria got even worse. My father, a well-known dentist, called me in the middle of the night. He told me, holding back tears, that he lost his clinic to a rocket during an armed conflict in the area. It went up in flames. I was shocked. My parents told me not to come back as they feared I would be drafted to the military or even worse—arrested for any random reason, and reminding me of how one of our neighbors was kidnapped and another one lost his life due to a sudden explosion in Damascus,” Masood said.

Masood who already served five months in the Syrian military knew what it meant to go back. “There was nothing more brutal and humiliating than serving in the Syrian military. Men were vicious and picked on one another. If you were not in the right class, religion, or didn’t have the right connections, you were scum and required to do the dirtiest of jobs. It was a nightmare. I wanted to leave as soon as I could.” Masood recalled.

After Masood passed all four of his CPA exams, the situation in Syria quickly worsened and he applied for asylum in the U.S. Unfortunately, his application was denied so he applied for TPS and received it within a few months. It was a relief, however, it only protected him for the next 18-months.

Soon after, Masood got a job at PwC in 2015. During his employment, he had to renew his TPS three times. “When TPS ends, I get an email from my employer stating that I need to submit a new-valid proof of work authorization, otherwise, my employment with the firm will be withheld. Also, my driver’s license expires, which is the only valid ID I have. I can’t even drive my car until I hear back on my application status and receive renewed cards (an EAD and a driver's license).” Masood said.

Luckily, Masood’s employers have been understanding with his situation. They provide Masood and his wife with medical insurance. Masood is very grateful to his employers.

In May of 2018, Masood got married in Dallas. He wanted his parents to be there more than anything. But with the travel ban, he couldn’t bring them to the biggest celebration of his life. “Ever since I was a little boy, my mom told me she couldn’t wait to see me with a beautiful bride on our wedding day. When that day finally came, she couldn’t see me at all. It was frustrating and heartbreaking,” Masood said.

Masood hopes to buy a house for him and his wife to start a family. Unfortunately, with TPS, he isn’t able to. Masood stated, “If everything calms down in Syria, I am fine to go back. I had a job there, I had a life there, I had stability. But now, it’s not okay to live with the ongoing threats. My country won’t go back to what it was like before the war. It’ll take years to recover.”

On August 1, 2019, the Department of Homeland Security announced that TPS for Syrians would be renewed for another 18 months. Masood and his wife are relieved to hear this news. “I don’t have to worry for another year and a half about my status. I am so grateful TPS was renewed for people like me,” Masood concluded.