Humanitarian Groups Warn of Further Destruction of Hospitals in Aleppo 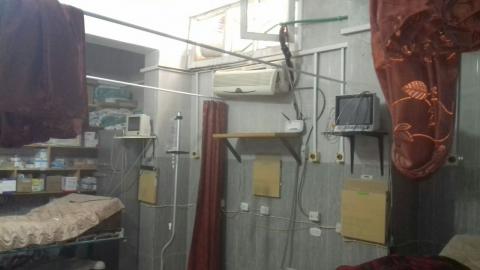 (Washington, D.C.) - The largest trauma hospital in Aleppo, code named M10, was destroyed today in an airstrike that dropped two barrel bombs, cluster munitions, incendiary weapons and vacuum bombs on the underground facility. Two patients were killed and 13 were injured, with the remaining patients being urgently moved to another medical facility. An ambulance was also destroyed, as well as several nearby buildings.

The American Relief Coalition for Syria (ARCS), a group of 13 American humanitarian organizations that aid over 5.7 million Syrians in the country and worldwide, is horrified by these attacks that have shocked the world over the past week. This is the second attack on the M10 hospital in Aleppo in the past four days. M10 was damaged to the point of closure earlier this week.

Dr. Mohamed Abu Rajab, a radiologist and hospital administrator at M10, working with the Syrian American Medical Society (SAMS), a member organization of ARCS, stated, “We remain in Aleppo to help those we can. But everyday we wake up to new horrors and families in despair. There are not enough medical personnel on the ground to help the number of patients in need of care. People are dying in front of our eyes.”

“As the people of Aleppo, we just await our death. There is no safe place to go in what feels like living in hell on earth. As medical professionals we try to save and provide a space for people to recover from their injuries. But our hospitals are purposely targeted. We have nowhere to turn. We turned to the world for help, but there is nothing but silence.”

Over the past two weeks in Aleppo, more than 450 people have been killed and more than 1,700 injured by airstrikes and other weapon attacks. Eight medical facilities were targeted including the M10 facility which has been struck seven times since the siege began. Doctors in Syria have been stretched to a breaking point, suffering through 84 attacks on medical personnel and facilities. The city of more than 300,000 people now have only five active hospitals, only three of which have capacity for intensive care and surgical care.