Dr. Fadi: “[Syrians] are the people who will stimulate the American economy.” 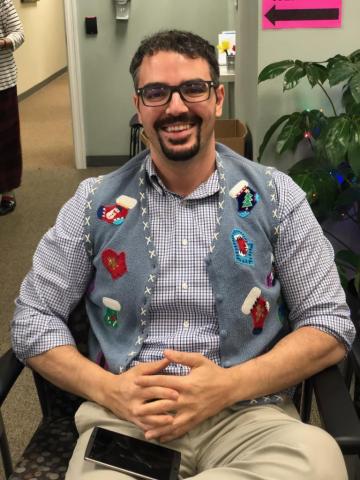 Imagine a highly rated doctor who does everything for his patients. He provides top quality care to each person that comes to his office. This doctor helps not only his patients but improves the lives of his community and specific industry. He gives so much to a country he fought hard to be in. He respects the laws, pays his taxes, and contributes in many ways to this country. Now imagine that this model-citizen was told you cannot work, you cannot get access to your bank accounts, you can no longer drive, and you may be forced to leave this country?

Unfortunately for Dr. Fadi, a pseudonym, this isn’t something he has to imagine, it was his reality for more than four months.

At 34 years old, Dr. Fadi is a leading endocrinologist in Florida, dealing with hormonal disorders and diabetes. In the United States, nearly half of women suffer from hormonal imbalances and more than 30.3 million Americans suffer from diabetes. The need for endocrinologists nationwide has increased significantly, according to the CDC. Andrew Stewart, MD, of the University of Pittsburgh, stated “There is a supply-demand mismatch in the current U.S. endocrinology workforce.”

This makes Dr. Fadi’s expertise not only valuable, but vital to his community. Today, he has a patient waiting list of 3 months, and has served more than 3,000 patients in the United States. However, from April to August of 2018, Dr. Fadi was not allowed to continue his work, use his driver’s license, or access his bank accounts. This left Dr. Fadi in an extremely vulnerable position, requiring him to borrow money from colleagues and friends just so he could eat, pay his bills, and pay his rent on time.

"As good as it felt to hear Syrians were demanding their freedom, we all knew deep down that the response would be violent"

Dr. Fadi’s U.S. journey started when he finished medical school in Damascus, Syria. In 2011, Dr. Fadi was accepted into a residency program for his specialty in Upstate New York. Four weeks into his program, Fadi got news from back home that a revolution was starting. As a Syrian, this news was bittersweet. “As good as it felt to hear Syrians were demanding their freedom, we all knew deep down that the response would be violent,” Dr. Fadi said.

A few months passed, and his fears became reality. An ugly war broke out and the killing and destruction quickly escalated throughout most of the country. Dr. Fadi’s parents called him in the winter of 2011, telling him that his hometown of Homs had become a living hell. They told him that the very neighborhood where he grew up became the fault line. They told him, ‘please stay in the United States, and ‘don’t come back to Syria.’ As the only boy in his family, Dr. Fadi was exempted from serving the mandated military service for Syrian men between the ages of 18 to 42. However, in 2014 the Syrian government activated mandatory army reserve duty, with many reports showing some of the exemptions lifted, requiring most Syrian men within military age to serve on the frontlines.

After Dr. Fadi’s program ended, and his J1 visa was about to expire, which would have forced him to return to Syria, Dr. Fadi heard about the Temporary Protected Status (TPS) for Syrians and applied. Understanding it was a supplementary visa, TPS bought him enough time to figure out what he would do next. TPS provided Dr. Fadi with the ability to work, drive, and live in the United States for four and a half years, (having had to apply three times, as it expires every 18 months).

“Some of the most difficult times I experienced in the U.S. was when I waited for TPS. Sometimes there is a gap of time between when your TPS expires and when it gets renewed. During that time, everything gets affected from your bank account to your work visa. I had to inform my patients, and they were so devastated and disheartened about my situation after telling them I might have to stop coming in to the clinic. They hated seeing me in that situation. They didn’t understand how their country could treat someone who is providing so much to their community like that. They were all supportive and offered me financial support, a place to stay, and rides. It was a dark time. But that experience showed me why I love America and Americans. That is one of the reasons why I continued to stay here and help this country,” Dr. Fadi said with hope in his voice.

“In Syria, it’s a police state. Everyone is scared, and they can’t even trust their neighbor. Growing up, I looked forward to leaving Syria to find a place where I wouldn’t be persecuted for my ideas and voice. My decision to come to this country had nothing to do with money; it was a decision to do with the opportunity to feel freedom.”

Although Dr. Fadi is happy to be in the United States, he is disappointed with the TPS program, as it doesn’t provide some of the most vulnerable people with the flexibility and confidence to travel and the assurance of protection long enough. Dr. Fadi said, “My country is ravaged in war. It might take years or a lifetime to recover. I may never see my country return to a peaceful place. I feel hopeless because I know it is a place that can’t change. It’s all politics. Some big powers made bad decisions that impacted millions of lives. And the world continues to watch idly as the atrocities unfold, and hundreds of thousands are killed, starved, and tortured.”

"Today, I literally have no home to go back to in Syria"

In 2015, he got heartbreaking news. Dr. Fadi’s father, his inspiration, and the reason he got into endocrinology in the first place, fell sick. As a diabetic for more than 15 years, Dr. Fadi’s father relied on medication to keep him healthy. He developed pneumonia, which later turned into sepsis, causing multiple organ failure. With the siege, depleting resources, and a shattered economy, his father’s health declined rapidly due to inability to provide adequate medical care - specifically mechanical ventilation and kidney dialysis. He also required urgent blood transfusion, but when Dr. Fadi’s mother went to the blood bank for him, she was denied. The government operated the blood bank, and the staff said that the blood was strictly used for the military. A few days later, Dr. Fadi’s father passed away.

Luckily, six months ago Dr. Fadi was awarded a green card. That green card would have allowed him one last chance to say goodbye to his father. Unfortunately, it came four years too late.

“Today, I am no longer a TPS holder, but I will continue to voice my opinion, something I could not do in Syria. I want to continue to advocate for Syrians, especially knowing that I have so many of my friends back there, still suffering unfathomable conditions.”

Dr. Fadi is thankful that he got a chance to come to the United States, help so many people, and improve the lives in his community. He concluded by saying, “Many Syrians are highly educated and motivated. These are the people who will stimulate the American economy, innovate industries, and strengthen your American values together.”