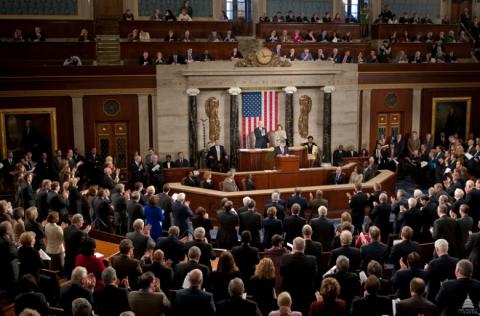 (Washington, D.C.) – In a rare show of bipartisan agreement, the House of Representatives overwhelmingly passed the Caesar Syria Civilian Protection Act, which would sanction countries and companies that support the Syrian regime. Lena Arkawi, spokesperson for the American Relief Coalition for Syria (ARCS), a coalition of 13 Syrian American humanitarian organizations that provide aid inside of Syria, issued the following statement in response:

"We applaud Congress for advancing this critical legislation with unanimous support. With new attacks against civilians unfolding at this very moment in Syria, the United States must move swiftly to sanction nations and corporations that enable attacks against civilians. The Senate should expedite its consideration of the bill and send it to the President's desk for his signature.”