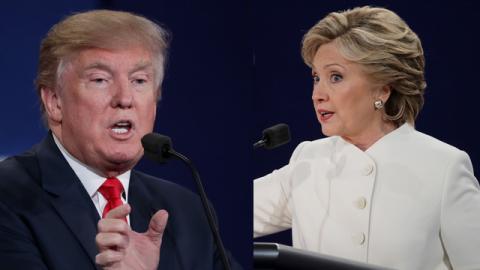 (Washington, D.C.) – In the final presidential debate, both Hillary Clinton and Donald Trump were pressed by the moderator to outline their positions on the crisis in Aleppo. Both agreed that the humanitarian situation is at this point, disastrous. The American Relief Coalition for Syria (ARCS), representing 13 humanitarian and development organizations that support 5.7 million Syrians worldwide, were shocked to hear Trump say yet again that “Aleppo fell” with a shrugging gesture as if there was nothing that could be done. For the 270,000 people, including 100,000 children in eastern Aleppo, these words couldn’t be further from the truth.

“As humanitarians, we refuse to accept that the complete destruction of a city and the hundreds of thousands of people living there are a foregone conclusion. The world is outraged by the horrors we are witnessing – bombs dropped on children, babies dying from starvation, all within miles from aid and doctors unable to reach them safely. The time is now for leadership by the U.S. and the rest of the world to stand up for humanity and agree to unfettered humanitarian access,” said Lena Arkawi, ARCS spokesperson.

ARCS members continue to work tirelessly, despite the bombings, in Aleppo, running soup kitchens, orphanages, and providing medical care in what’s left of the city’s hospitals. Spokespersons from Aleppo’s humanitarian efforts are available for interview.